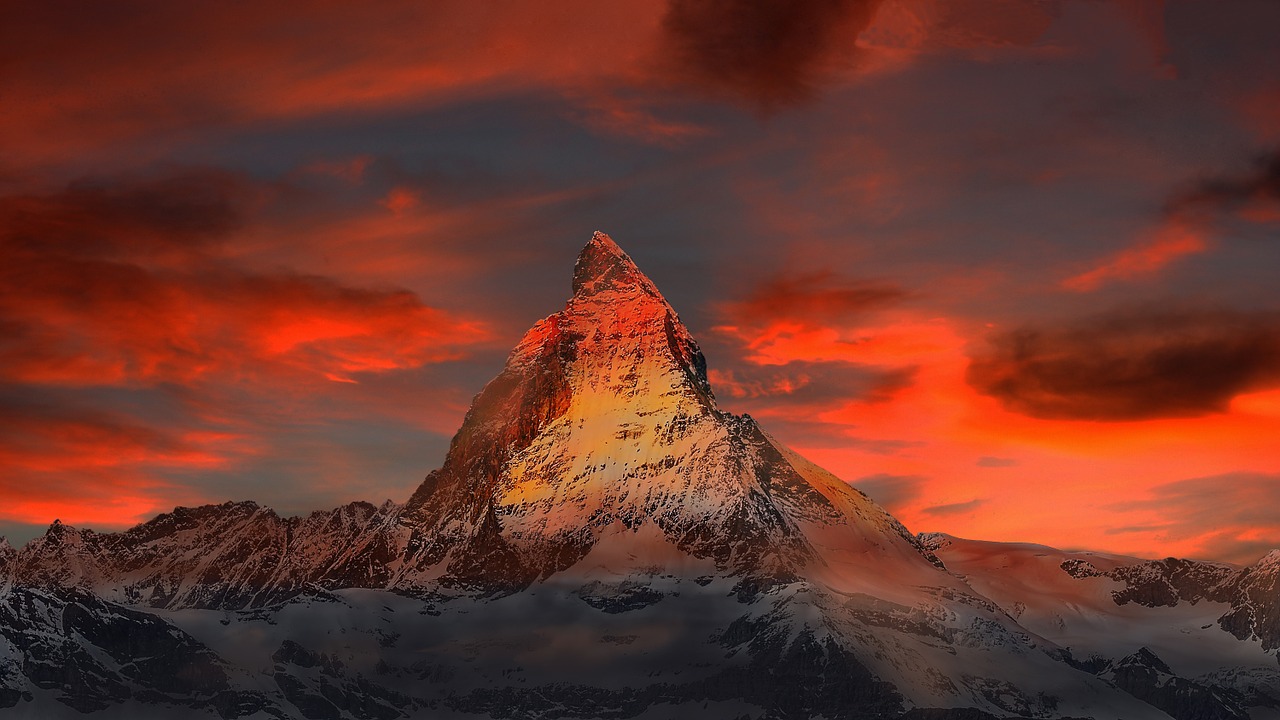 Mount Matterhorn is one of the most famous and highest peaks in Europe and is located between Switzerland and Italy. Its height equals 4.478 meters (which is 14,692 feet), and is a part of the Alps. The shape of this peak has an almost ideal pyramidal shape, and on its Eastern side there is Theodul Path, the main way between the two valleys, which are located on the southern and eastern sides. This is a famous trading route, which has been used since the Roman Era. This mount was first conquered by Michael Croz and Edward Whymper. They ascended from the Swiss side, and this happened in 1865. Later on, Whymper recorded the history of his adventure and published a book, called Scrambles Amongst the Alps.

According to the latest statistics, three people per year die on their way to the summit. Overall, this peak has taken over 500 lives of the climbers. Every year this peak attracts about 3,000 climbers on a yearly basis. There is a curious tradition. Every year on July 14th the climbing is closed to everyone, as this is the day when the first person stepped on the peak. This is done in respect to those tourists who died on their way to the top of the Matterhorn.

Read next and you will be impressed: >> Number 9