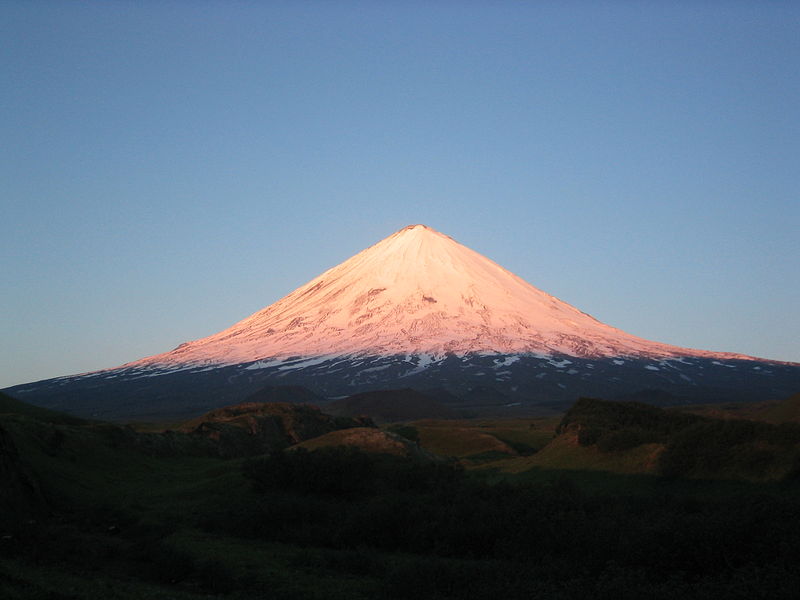 Klyuchevskaya Sopka is a mountain which features a perfectly conical shape and is the highest active volcano on the continent. It is located in Kamchatka, Russia, and is 4.750 meters (15.580 feet) high. Besides, the Klyuchevskaya Sopka is known to be the highest peak on the Kamchatka peninsula. The first eruption here took place in 1697, and as of that time this volcano features constant seismic activity. The first person to climb this peak was Daniel Gauss, and his expedition reached the top in 1788. This mount is not popular among tourists, as there were numerous cases when the climbers were killed there with lava.

The latest eruption of this volcano took place in January 2007, which is considered the most powerful one throughout the recorded cycle. Thus, the ash from the crater reached the height of 10 km (33.000 feet) and caused serious traffic issues for planes travelling from the States to Asia. Overall, the eruptions happen here at least once per year and feature different power levels. To get to this area, one should order a flight to Elizovo, which is around 30 km from Petropavlovsk-Kamchatskiy, and stay in one of hotels there. To get closer to Klyuchevskaya Sopka, one may use a bus, which travels to Klychi almost every day.