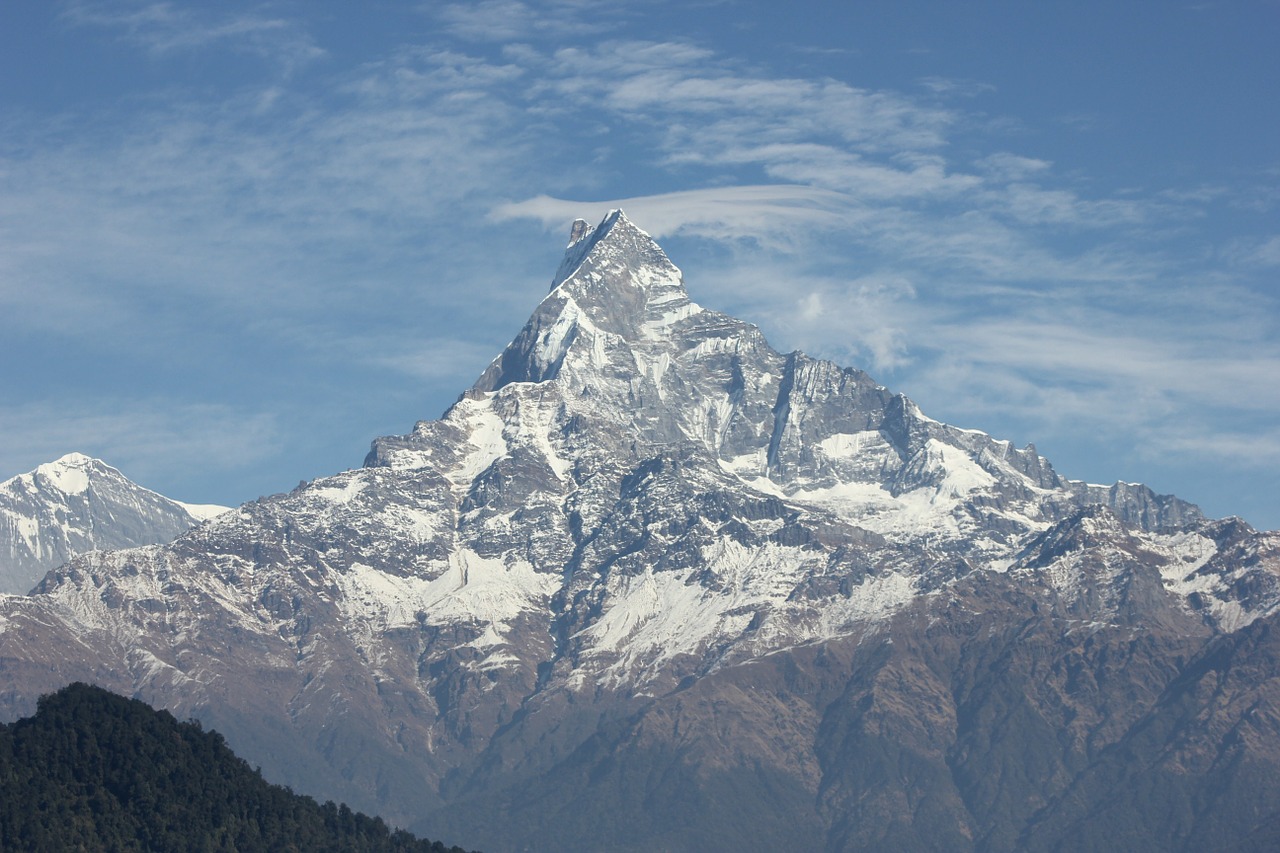 Mount Machapuchare is a sacred mountain for the local population of Central Nepal and is also known as the ‘Fishtail’ due to its peculiar shape and double summit. The name of the mountain, from Nepali, is also translated as ‘tail of a fish.’ This peak is located at the end of the ridge and comes south from the Annapurna Himal (the main backbone in the Himalayas). The height of this peak is 6.993 m, which equals 22,943 feet, with the prominence being 1.233 meters.

It is curious that the peak is closed to climbers, as it is holy and sacred to the local people and was never summited by anyone. There was only one attempt, made by a team of climbers led by Jimmy Roberts. They almost reached the top via the northern ridge of the mount, but they had to stop when there was about 150 m (500 feet) left to the top. The reason was simple: they had promised that they would not get to the top of a holy mount, and only that is why they were allowed to commit their expedition.

Next one will be surprising: >> Number 7